HOME
Contact Us | About Us
You are here: Home » Archives for special opportunities 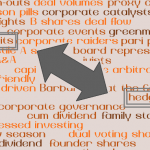 By Hedge Fund Insight staff   In all investment strategies of the hedge fund industry the big have got bigger. The growth of assets has tended to be dominated by the top managers, whether in CTAs, macro or multi-strategy. In the period since the Credit Crunch of 2008-9 this long-term trend has accelerated. Between the […] Read more »