HOME
Contact Us | About Us
You are here: Home » HF Managers » Macro Drives the Month & Quarter

Although the MSCI World index declined 1.8% in March, the real story was about equity dispersion, currencies and central bank policy.  In equities, dispersion of returns by geography continued in March, with equities rallying in China, Europe and Japan while selling off in the US.

In currencies, the US dollar continued its climb though the month, with the Dollar index (DXY) up over 3% for the month and now up 9% year-to-date.  These equity and currency moves were largely explained by the differing paths of quantitative easing (QE) and monetary policies across the US, Europe, China and Japan, according to Anthony Lawler, portfolio manager at GAM.

With this heterogeneous global backdrop, hedge funds performed broadly positive in March with the HFRX Global Hedge Fund index up 0.3% for the month, bringing the year-to-date gains to 2.1%.  At the strategy level, global macro was up 0.7% for the month and continues to be the out-performer for 2015, and is now up 3.4% for the year, as measured by the HFRX Macro/CTA index.  All returns stated in US dollar terms. 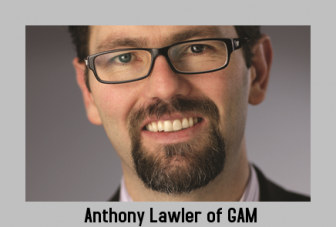 themes, said Lawler, “Coming into March, many macro managers continued to hold positions that had worked over the past several months –  long the US dollar against the euro, long sovereign fixed income in Europe and the US, and long equities in Japan and Europe.  This positioning proved helpful early in the month, and then when some managers reduced risk levels into the March 18th Fed meeting, it resulted in a smaller performance loss when the dollar weakened after the Fed meeting.”

The four main hedge fund strategies each produced a positive quarter, and the outlook remains encouraging in the months ahead, continued Lawler.  “We expect to see dispersion across geographies continue which is helpful for global macro and relative value trades, and we also expect to see an increase in dispersion within equities, which is positive for equity hedge managers.  For global managers, finding the right geographies has been important, while for region-focused managers it has been important to select the sectors and single securities that will most benefit from the unfolding environment.”

Lawler said: “In aggregate for equities we have seen gross exposure remain stable, while net exposures reduced towards the end of the quarter. There has also been a shift away from the US into Europe, while maintaining modest long Japanese exposure.  In currencies and fixed income the opportunity set remains buoyant although we expect less directional currency positioning from here and more of a shift into relative value fixed income trades by these discretionary macro managers.  Credit continues to offer both relative value opportunities and directional trades especially in asset backed as the global reach for yield continues.  As always there are risks to this outlook – a surprise reversal in policy or a geopolitical shock would hurt some positions.  But overall the outlook for 2015 remains positive for active managers as we expect to see a continuation of dispersion rather than a correlated risk on / risk-off environment.”