Hedge funds are becoming a hot topic on social media, though hedge funds themselves still sit on the sidelines.

But Peppercomm reveals that hedge funds are largely absent from the social media conversations about their industry. In fact, only 11.1 percent of the 314 largest hedge funds have a social media presence (ex-LinkedIn), just slightly up from 9.9 percent in 2014. That low number includes many now-inactive hedge fund social media accounts, leaving consistent, active participation to a few of the largest financial institutions.

“Thanks to the proliferation of social media, the once private world of hedge funds is becoming more public every day,” said Jacqueline Kolek, Partner at Peppercomm. “But while the public commiserates about fund closures, industry asset growth and the political leanings of the big-name managers, the firms themselves remain virtually silent. Every time hedge funds shy away from the social media conversation, they throw away important thought leadership and content opportunities for themselves and for the industry.”

To adapt to this new environment, Peppercomm recommends that hedge funds of all sizes examine their presence on digital and social media channels with these three steps: 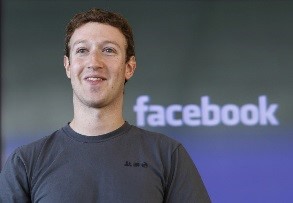 Other key findings of Peppercomm’s research include:

Helping clients see around the corner and determine what’s next sets Peppercomm apart from other integrated communications and marketing firms. It enables us to push boundaries while mitigating risk for clients in financial services, consumer, B-to-B and multi-industry sectors. We were founded in 1995 and maintain headquarters in New York, with offices in London and San Francisco. Go to http://www.peppercomm.com for additional information.