HOME
Contact Us | About Us
You are here: Home » Marketing » Follow The Leader: Thought Leadership As A Practice

One of the better business magazines offering learning, guidance, and innovation can also take credit for coining the phrase ‘thought leadership.’ Booz Allen Hamilton’s Strategy + Business editor Joel Kurtzman named a select group of industry innovators who contributed insights in a series of interviews in the magazine as ’thought leaders,’ a phrase that has caught on since its introduction some 18 years ago.

The investment community in general has embraced the concept of bestowing the mantle of thought leadership on its most successful and high-profile media participants.  A handful has become household names, celebrities among their peers who are in constant demand to opine on the markets for the financial media.  Yet, as we will explore here, most of these industry titans are business leaders certainly, but thought leaders, no.

Nay-sayers will attempt to detract from thought leadership’s intent by claiming that thought leadership is just a fancy word for product marketing or self-promotion. What they miss is that true thought leadership embodies a fusion of give and take, a dynamic that must include both the provider of thought leadership with the recipients, who benefit by the process. To lead is to imply following, or there is simply a trailblazer alone on a solo quest.  Thought leaders seek to pave the way for a group to follow, thereby expanding the knowledge and improving ability of all along the way.

There are many investors who contribute to society by introducing new theories and products that improve society as a whole, yet they are not thought leaders. To wear the mantle of true thought leadership, one needs to be a teacher, an inspirer, and a collaborator.  Thought leaders both raise the bar on higher learning and assist others in getting over it.

The concept of teaching in this well-known verse is a perfect metaphor for thought leadership as a practice. Merriam-Webster defines ‘meme’ as an idea, behavior, style, or usage that spreads from person to person within a culture. As a descriptor for thought leadership, meme embodies the practice of growth: forming a base of acceptance and usage that strengthens over time. The essential quality of thought leadership requires promotion of an idea immediately followed by a demonstrated acknowledgement of its relevance by others.

“Tell me and I’ll forget; show me and I may remember; involve me and I’ll understand.” ─ Chinese proverb

A second key attribute of thought leadership is also found in this proverb’s core: the concept of participation. Real learning comes when the student is actively involved in the process of understanding.  It is analogous to the spark of excitement that follows ‘getting’ something new for the first time. Thought leaders inspire, through both idea and action, this process of ‘getting it’ for others, and foster future generations of thought leaders through a fluid system of give and take.

“Practice is everything. This is often misquoted as practice makes perfect.” ─ Periander (tyrant of Corinth and ruler (c. 628-588), d.588bc)

The third element of thought leadership requires the regular and dedicated execution of action. To be a true leader, the process must be sustainable and continue to move forward, expand horizons, and deepen understanding. This logically narrows the universe of active thought leaders, as one-timers and short-term contributors fall out of practice. While these individuals might have been considered thought leaders previously, the moniker becomes past tense once their era of contribution also ceases, much as we address ‘former’ heads of state, etc.

Make your company a rarity, and people will value it. Men despise what they can easily have. ─ James Burgh

Long-standing thought leaders are rare and revered; this category in the business world is one of the more dynamic circles.  The website for the Gottleib-Duttweiler Institute (‘GDI‘) (http://www.gdi.ch/de/Think-Tank/Trend-News/Detail-Page/The-global-thought-leaders-2013) showcases the GDI measurement of the influence of the world’s most important thinkers.  In 2013, the institute mapped a graphic depiction of influencers as demonstrated by web page usage in the following “Global Thought Leader Map”: 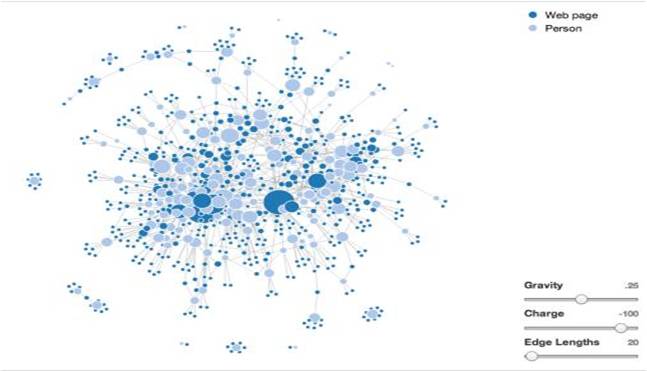 GDI further goes on to describe some of the summary findings that went into their study to offer explanation of who made the cut as a thought leader.  Following is an excerpt of this study that illustrates this concept:

The entrepreneurs Craig Venter and Elon Musk made it into the circle of thought leaders because they have changed the world with their own products – whereas for their colleague Bill Gates or Larry Ellison, we have considered the focus of the debate to be rather on their business activities in the strict sense, and therefore not included them in the assessment. The speculator George Soros is in, because he is also heavily involved in the social debate, while the speculator Warren Buffett is out, because he cares for little else except making money. For us, great journalists like Malcolm Gladwell or Frank Schirrmacher belong to the thinkers, whereas the investigative journalists Julian Assange or Glenn Greenwald do not.

So there you have it: thought leadership is a way of life, not a marketing gimmick designed to boost brand awareness.  Executed properly, all thought leaders naturally enjoy a measure of both brand awareness and brand loyalty.  However, this follows as a by-product of the value they bring to their followers, and is not the foundation of their contributions.

Think Before You Speak: Creating Maximum Impact(Mar 14)
Top Five Things To Put In Your Hedge Fund Presentation(Feb 14)
The JOBS Act – has it made an impact?(Jan 14)
An Allocators View Of An Effective First Meeting For Hedge Fund Marketing(Jan 14)
Top Hedge Funds Not Yet Engaged With Social Media For Brand Building(Dec 13)
10 Things You need To Know About Hedge Fund Marketing Content (Dec 13)

2 Responses to “Follow The Leader: Thought Leadership As A Practice”