HOME
Contact Us | About Us
You are here: Home » Regulation » An Operating Model For An AIFMD Depositary

This whitepaper is co-authored by Shane Brett, Managing Director at Global Perspectives, an Asset Management and Hedge Fund consultancy and Alan Meaney, Director at Fund Recs, a specialist software provider to the Funds Industry.

During the past six months Shane and Alan have held discussions with 30+ depositary firms around their plans for implementing AIFMD and how their framework for day to day activities might look.

This paper covers AIFMD from the perspective of a depositary and discusses some of the practicalities in setting up an operating model in order to comply with the directive on a day to day basis.

The information contained in this whitepaper is general in nature and should not be taken as specific advice for any one depository.

AIFMD requires the depositary to take on strict liability for loss of assets held in custody and even if this responsibility is discharged there is still substantial risk to the depositary.

Therefore, it is imperative that any firm looking for guidance on this matter seeks advice from their local legal counsel when finalising their model.

The aim of this whitepaper is to provide a useful starting point to generate some of the internal debate and questions when transitioning from discussing the Directive to implementing processes and procedures around its compliance.

This is intended to be a working whitepaper and we plan to update it as new information on depositary operating models becomes available.

We hope you find this paper useful and appreciate any feedback you might have.

The role of the depositary breaks down into three areas defined under Article 21(7), (8), and (9) of the Directive; the safekeeping of assets held in custody; monitoring of cash flows and an oversight role.

Under this model, the depositary is required to take on strict liability for loss of financial instruments.

However, a depositary may delegate the safekeeping of assets to sub-custodians, but may not delegate the cash monitoring or oversight duties.

“Depositary lite” is the term used to describe the obligations of a depositary appointed to a non-EU AIF managed by an EU AIFM which markets in Europe under a private placement regime under Article 36 of the Directive.

The obligations of a depositary lite are similar to those applied to a full depositary with a few key differences.

It is possible for different entities to undertake the different depositary lite tasks; therefore, a prime broker could be responsible for safekeeping (assuming it had segregated the depositary function from the prime broker one), an administrator for cash monitoring and a supervising entity for oversight.

Under AIFMD the depositary remains liable for the loss of any of the AIF’s assets held in custody unless it can prove that the loss has arisen as a result of an external event beyond its reasonable control, the consequences of which would have been unavoidable despite all reasonable efforts to the contrary.

This effectively makes the depositary strictly liable for the loss of assets in custody, which is a significantly higher standard than the one depositary firms are used to.

This contrasts to the AIFMD position where, in the absence of force majeure events, a discharge of liability, or a safe harbour for assets held through a central securities depositary, a depositary is strictly liable for loss of assets in custody by any party beneath them in the chain of custody. This includes all sub-custodial agents and prime brokers (and their own independent sub-custody networks). 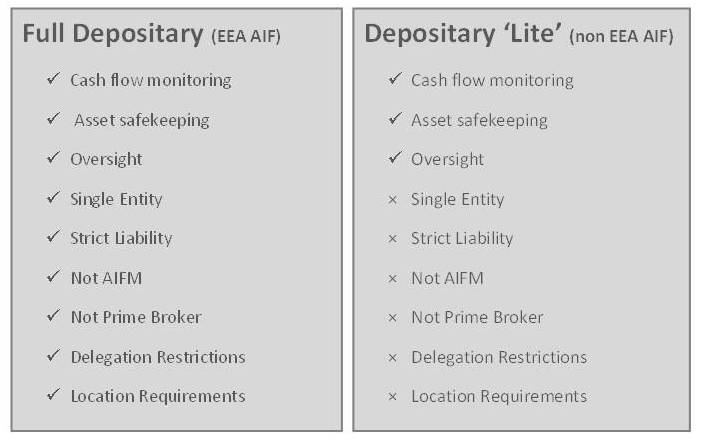 Under AIFMD the depositary has three key functions which must be executed. These are the:-

We will look at each of these requirements in turn, as well as identifying some of the key considerations for depositaries in developing their operational model. 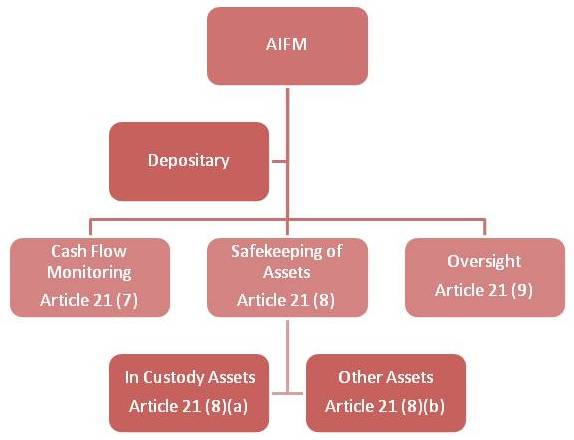 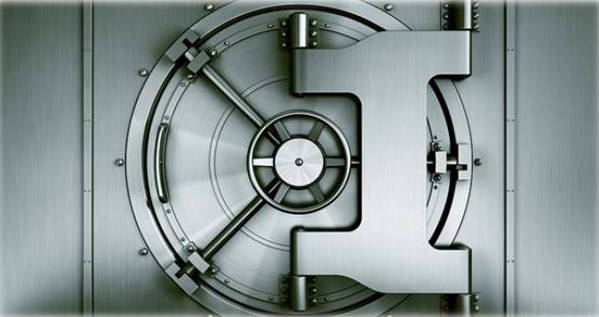 Oversight of the Fund 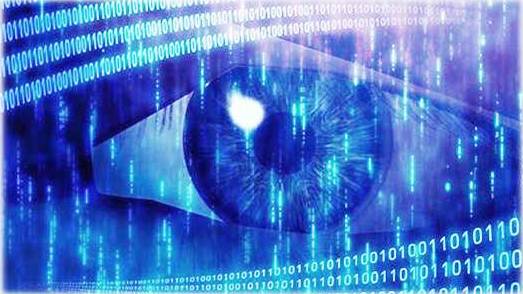 o   Ensuring that the NAV is calculated in accordance with the rules of the fund and the valuation principles within the AIFMD.

o   Ensuring that the sale, issue, repurchase, redemption and cancellation of units or shares of the AIF are carried out, and that the AIF’s income is applied, in accordance with the relevant national law and the rules of the AIF;

o   Ensuring that all transactions involving the AIF’s assets, any consideration is remitted to the AIF within the usual time limits. 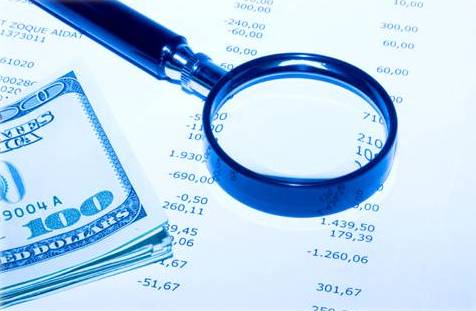 As can be seen from this white paper the development and implementation of a comprehensive depositary model involves many important operational considerations.

The end of the transition period for AIFMD implementation increases the urgency for which these issues must be analysed and addressed.

Depositaries would be well advised to seek expert independent guidance regarding the rollout and implementation of their depositary models, as depositaries adopt these new functions and the industry moves to a new standard.

In implementing their new operational model depositaries will require a comprehensive suite of software to enable them to properly execute their safekeeping, oversight and cash-flow monitoring obligations.

Shane Brett is a consultant, author and thought-leader specialising in hedge funds, asset management and the wider global economy. He has worked in the Alternative Investment and Financial Services industry for 18 years and has managed large operational teams for hedge funds and their administrators including UBS and BNP Paribas. Shane is the author of two books – “The Future of Hedge Funds” (2012) & “The AIFMD Cheat Sheet” (2013).

Alan Meaney brings over 9 years’ experience in the Fund Administration Industry including from HSBC and SEI Investments. Alan founded Fund Recs in 2013 to provide cloud based reconciliation software for the Funds Industry. Recently it launched its Depositary Rec product which helps depositaries scale their services.