HOME
Contact Us | About Us
You are here: Home » Investors » Macro Returns Positive In October As Event Driven Turns Negative For the Year

were volatile in October with equities, credit and bond yields broadly selling-off in the first half of the month before reversing course and rallying into month-end. This volatility and choppiness proved challenging for many investors, including hedge funds, with most cutting their risk by mid-month and therefore not fully participating in the recovery. Global macro hedge funds produced a positive month with returns of 0.6% (as measured by the HFRX Macro/CTA index) and strong momentum going into November, while the broader hedge fund universe was down 1.3% on the month (as measured by the HFRX Global Hedge Fund index). Event driven strategies proved the largest detractors. (All returns stated in US dollar terms). 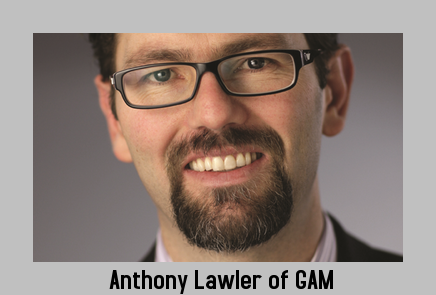 while challenging, created buying opportunities for investors.“October was difficult as most hedge funds reduced risk materially in the first half of the month given the spike in volatility across markets. Market moves included a large sell-off in equities, and in event driven names specifically, and two notably gappy days in US Treasuries mid-month. However, the underlying macro and micro fundamentals remained in place for the larger conviction trades, and by month-end we saw exposures being rebuilt on both a net and gross basis across strategies.”

Event driven hedge funds had a difficult month as selling pressure across widely held positions drove negative returns, continued Lawler. “Selling pressure was caused by broad concerns around US tax inversion deals, the specific issues of the bid for Shire Pharmaceuticals being abandoned, and the unfavourable court ruling against investors suing Fannie Mae and Freddie Mac. These concerns are deal-specific, yet event spreads widened indiscriminately across all deals as investors cut their exposures. This broad sell-off was difficult to avoid for managers in the strategy. Event driven managers were not limited in their exposures to the deals mentioned above; they were also involved in numerous special-situation trades with balance sheet restructurings and stock buy-backs driving expected value. This recent dislocation creates an attractive expected return profile for event driven strategies going into November.”

Finally, Lawler added that global macro continues to produce positive returns in this volatile environment. “The month began with widely held themes selling off, but by month-end exposures were producing positive results and the strategy ended the month in positive territory. As November commenced, conviction trades include bullish positions on the Chinese yuan, long Japanese equities, and long positions in the US dollar against the Japanese yen, the euro and to a lesser extent against commodity currencies such as the Australian dollar. Certain managers including trend followers also benefited from short energy positions, which they continue to hold. Exposure to interest rate duration, either long or short, held by discretionary macro managers has been trimmed and remains at lower levels. We continue to see opportunities for global macro trades given the multi-speed global economy and varied central bank policy paths.”