HOME
Contact Us | About Us
You are here: Home » HF Managers » Event Driven Input – Entertainment And Media Industry Set For M&A Boom

By Paul Bernstein of Venable LLP

One of the oddities of 2020 is that a great many people in the entertainment and media industries became familiar with a complex form of securities offering: the SPAC (Special Purpose Acquisition Company).

Despite having the word “Company” in their name, SPACs are not really companies. Rather, they are piles of money looking for businesses to acquire. In 2020, over $60 billion was raised in the public equity markets by SPACs (more than four times the amount raised by SPACs in 2019), with approximately $4 billion specifically targeted for entertainment and media acquisitions. Since most acquisitions involve leverage (adding debt on top of equity), the amount of cash available to acquire entertainment and media companies due to the SPAC boom will be billions more.

One of the oddities of SPAC-driven M&A activity is that SPACs generally have a two-year time limit in which to either put their cash to work in one or more acquisitions or return it to their public stockholders. This naturally creates a tremendous incentive for those running the SPACs (who typically own highly preferential “founders’ shares” in their SPACs) to close deals before the time limit is up. 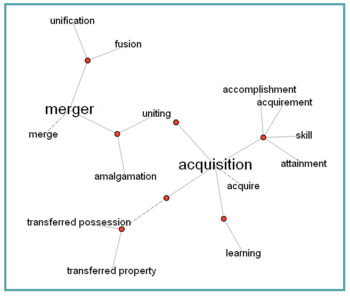 When a SPAC raises money, it includes Risk Factors in its prospectus in order to alert investors to certain dangers of buying the SPAC shares. The following language, quoted from a recent SPAC prospectus, should be music to the ears of potential acquisition targets: “The requirement that we complete our initial business combination within the prescribed time frame (i.e., two years) may give potential target businesses leverage over us in negotiating a business combination.”

Imagine sitting across the negotiating table from someone who has $100 million of other people’s money in their wallet and in a twist on Hitchcock’s distinction between suspense and surprise{1}  both you and they know that the wallet will blow up on a certain day two years hence. The SPAC cannot conceal the date by which it must either spend its money or return it to stockholders, because that date is disclosed for the world to see in the SPAC’s public filings with the Securities and Exchange Commission.

Quoting again from a recent SPAC filing: “The personal and financial interests of our founders, officers, and directors may influence their motivation in completing an initial business combination. This risk may become more acute as the 24-month deadline nears.”  There will be many such deadlines in 2022.

Venable stands ready to advise entertainment and media companies and executives in connection with all aspects of SPACs.