HOME
Contact Us | About Us
You are here: Home » Investors » Why Hedge Fund Returns Have Disappointed: Lyxor Expects A Different Future 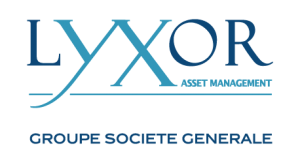 The ability of hedge funds to generate sufficient alpha, while adequately capturing the market beta was then put to question.

In this extract of the White Paper “A New Era for Hedge funds” we aim to respond to these questions and review the main causes for the recent performance lag. The White Paper goes on to discuss and analyse the key drivers of hedge fund returns. The Paper argues a plausible case that a sustainable turn in the regimes for Volatility, Correlation and Dispersion can be made. Those regime changes will bring about a new era for hedge fund returns.  The White Paper concludes that it is reasonable, in our view, to expect hedge funds to deliver an annual excess returns in the 5-6% range, with low volatility.

Hedge funds have come under mounting pressure over the past five years in terms of their ability to deliver returns in line with investors’ expectations. The bulk of the criticism has been essentially related to the accusation that hedge funds collect fees that are allegedly no longer in line with the performance they generate. Here we discuss the reasons for such criticism and address the question of hedge funds’ expected returns going forward.

To begin with, the chart below shows that hedge funds have in fact underperformed traditional asset classes since February 2009. Since this date, global equities have delivered compound annual returns close to 18% per year (in total return) while hedge funds have generated compound returns below 8%. Similarly, a diversified portfolio composed of equities and bonds (60/40 respectively) has also generated substantially higher returns at 12.7% per year.

Hedge funds have underperformed over the last six years It is interesting to note that looking beyond the overall hedge fund underperformance, some strategies have stood out as strong performers. The Relative Value and Event Driven strategies have shown the highest Sharpe ratios since 2009, respectively outperforming the fixed income benchmark and a diversified portfolio. On the other side of the spectrum, Equity Hedge and Macro managers have underperformed, in particular the so-called systematic diversified sub-strategy (CTAs). It is therefore important to keep in mind that hedge funds constitute a heterogeneous asset class. Picking the right strategy and the right fund is the key here.

Over the last six years, hedge funds have underperformed a diversified portfolio on a risk adjusted basis The underperformance of hedge funds has put the industry under pressure. Although hedge funds continue to raise money year after year (with global AuM now reaching USD3 trillion), fees have been trending downward. The fact is that the “two and twenty” hedge fund fee structure no longer prevails. The current average fee structure for the industry is a 1.5% management fee and 17% performance fee. On average, the smallest hedge funds have the highest fees (1.53% / 18%) while the largest have the lowest fees (1.37% / 16%).

This pressure exists despite an excellent longer-term track record shown in four ways:

– The relative performance of hedge funds versus traditional asset classes has also been remarkable over the long term. Hedge funds have delivered returns above those achieved by equities and bonds or a diversified portfolio, as shown by the chart below.

Hedge fund performance has been remarkable since the early 90s – On a risk adjusted basis, hedge funds have outperformed traditional asset classes. The Sharpe ratio of hedge fund returns since 1990 has been slightly above 1 compared to a meagre 0.2 for the MSCI World. Similarly, hedge funds have delivered risk-adjusted returns slightly above bonds over the last 25 years (as measured by the Barclay’s Global Aggregate bond index). Among the strategies, relative value, event driven and macro managers are the strategies that have delivered outstanding risk-adjusted returns over the last 25 years.

– The correlation between hedge funds and conventional asset classes has been low. The less correlated strategy appears to have been Macro managers, which includes systematic managers. The correlation of the HFRI Macro with a diversified portfolio composed of 60% equities and 40% bonds has been as low as 0.4. The Macro strategy has been evenly correlated to equities and bonds at 0.35. Additionally, some strategies such as Event Driven and Equity Hedge have shown no correlation with bonds (see table). Finally, the correlation with equities has been higher for Event Driven and Equity Hedge managers at around 0.7.
One important reason why hedge funds have shown better risk adjusted returns is their low volatility.

Why Hedge Funds Have Underperformed Recently

In our view, there are five main reasons why hedge funds have underperformed traditional asset classes. Some
factors appear to be cyclical, such as the equity market rally that took place in the wake of the global financial
crisis and the market distortions caused by the Fed’s QE in terms of bond yields. Other factors appear to be
structural, such as the institutionalisation of hedge funds and the increased regulatory pressure:

– The Bernanke put. The underperformance of hedge funds occurred at the same time the unprecedented
Fed intervention was distorting markets, pushing bond yields to all time lows and equity volatility to multiyear
lows. The chart below shows that every time the Fed decided to expand its asset purchases, its action
contributed significantly to taming equity volatility. This effect of Fed policies on volatility has been dubbed the
“Bernanke put” (previously known as the “Greenspan put”). The chart below illustrates the fact that there is a relationship between the relative performance of hedge funds
and the fall in volatility. When volatility rises, hedge funds outperform equity markets. Alternatively, when volatility
falls (as was the case over the past six years), hedge funds underperform.

When volatility falls (as was the case over the past six years), hedge funds underperform –Liquidity driven markets. As part of the extremely accommodative monetary conditions in the US, equity markets have been driven to a larger than usual extent by liquidity conditions. For fundamental investors such as Equity Hedge, managing a long/short book turns out to be complex and costly when the market is up and the rising tide lifts all boats. The dispersion of performances within the S&P 500 has effectively been very low over the past few years.

US stock market dispersion has been extremely low, hurting the short books of L/S Equity – The institutionalisation of hedge funds. The recent underperformance of hedge funds may also have structural components. There are lingering questions regarding whether the sharp evolution of the hedge fund investor base over the last decade has negatively impacted its performance. This refers to the fact that institutional investors (particularly pension funds) have poured huge amounts of money into hedge funds. Institutional investors now represent two-thirds of the hedge fund investor base, up from 20% a decade earlier. While this has contributed to increasing financial stability and reduced leverage ratios, operating costs have ballooned to meet demands for greater compliance and transparency and to implement tighter internal controls1.

– The changing regulatory environment. The burgeoning of new financial regulations since 2008 (such as FACTA and Dodd Frank in the US) may have impacted the hedge fund industry more than any other segment of the financial industry. This is due to the fact that compliance with financial regulations predominantly affects smaller firms. In a 2013 survey by KPMG, it was estimated that hedge funds had seen a 10% increase in annual operating costs since 2008 attributable to compliance costs resulting from Dodd Frank reforms in the US2.

Going forward, we believe that several factors discussed above will probably be less important in influencing
hedge fund performance. The Fed’s QE is over and the US is on track for some form of monetary policy
normalisation. Meanwhile, stock market dispersion is converging towards its long-term average. Finally, based
on our interactions with the industry, there is anecdotal evidence that five years after the passage of the Dodd-
Frank bill, the marginal cost for hedge funds of implementing the new regulations is falling.

In the rest of the White Paper we estimate the drivers of hedge fund returns, and use those drivers to extrapolate returns for the next five years based on three scenarios for US  equities, rates and yields.

Link to the full paper.