HOME
Contact Us | About Us
You are here: Home » Regulation » UCITS Hedge Funds – Graphics of the Day

UCITS hedge funds have maintained a strong pattern of growth in 2014, with the industry delivering modest returns and also attracting plenty of new capital from investors. Currently the size of the industry stands at a record high of US$275.2 billion, overseen by a population of 1,016 funds. 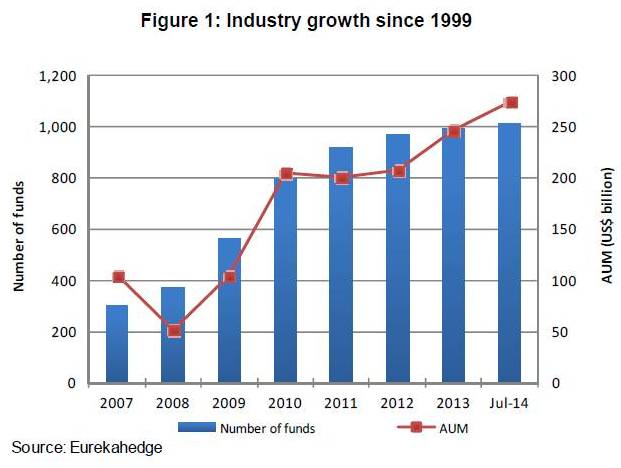 The onset of the Eurozone crisis in 2011 dampened investor sentiment and hurt returns, leading to a decline in total assets, and a pick up in the attrition rate.  Also, most of the investor allocations in the industry have increasingly gone to the larger and more well-established hedge funds.

Due to the lack of asset flows as well as the inability to generate performance fees in 2011 and 2012, a number of the smaller hedge funds closed shop in 2012 as it became unsustainable to run their operations on admin fees from a small asset base. The rate of closures peaked in 2013 and has remained generally high since. Given the  length of track records, poor performers are starting to be weeded out. 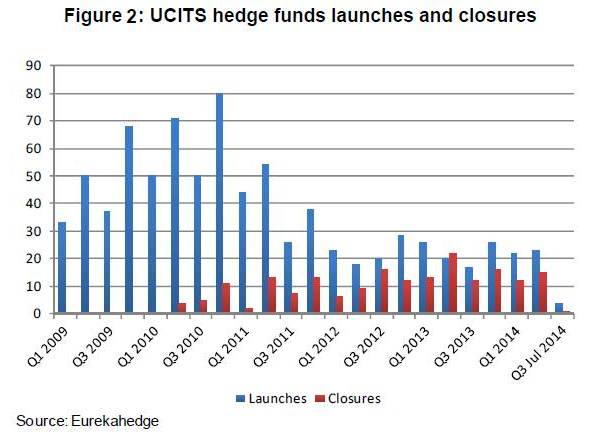