HOME
Contact Us | About Us
You are here: Home » HF Managers » Tom Sandell: Everything International

For Thomas Sandell, the media interest in his fund’s campaign at FirstGroup was somewhat unexpected. “We were a little bit surprised by the volume of publicity,” admits the Swedish-born, US-based investor. But more disturbing to Sandell was the lack of understanding of his plans from Fleet Street. “Some didn’t understand what we were saying. They didn’t even call us!”

Coming in early January, the FirstGroup campaign provided anecdotal evidence to suggest that an activist invasion really was threatening Europe. “Sandell Asset Management Stirring Up Trouble,” screamed one tabloid newspaper. Yet for Sandell, releasing a white paper outlining what he saw as a compelling opportunity was all in a day’s work. And the fact that it happened to be a non-US stock in his sights this time was far from surprising. As Sandell explains in this interview with Activism Monthly, his firm has long had an international outlook.

Admittedly, Sandell and his eponymous investment management firm are less well known in Britain than in the US, where they have partnered with the likes of Trian Fund Management and JANA Partners on campaigns at Heinz and CNET. Yet the firm itself is no newcomer to Europe, having had a London office since 2001—three years after setting up shop in New York. “As a firm, we invest globally,” he told Activist Insight recently. “It all stems from when I was essentially in charge of everything international at Bear Stearns.” 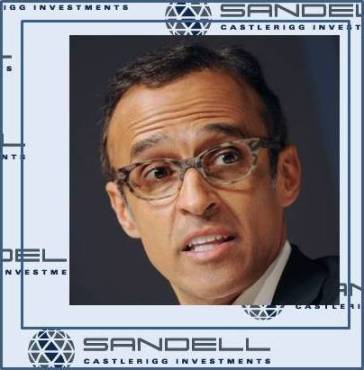 Indeed, after a degree in business and economics from Uppsala, Sweden, several years in Parisian finance, a summer internship with Guy Wyser-Pratte and “eight years at the desk of [legendary Bear Stearns Chairman] Ace Greenberg,” Sandell is as experienced in finance as he is well-travelled.

At Bear Stearns, Sandell worked closely with the merger arbitrage team while it was advising a certain Carl Icahn on the takeover of TWA and Kirk Kerkorian at Chrysler. By the time he left the firm in 1998, he was co-head of a risk arbitrage desk with as much business outside as within the US.

Sandell Asset Management, launched that year, runs a number of different strategies—credit opportunities in debt and distressed securities, merger arbitrage and special situations. Activism is a sub-strategy—Sandell is no Cevian or ValueAct, who dedicate their whole portfolios to activism, says its founder—but nonetheless “reserves the right to take an activist stance.”

Activist Insight has counted ten occasions on which Sandell has taken such a stance since 2010. Last year, the firm called for Spectra Energy to “drop down” assets into a Master Limited Partnership (MLP)—a low-tax, high-yield investment vehicle available to companies in the energy industry—which the company agreed to. And while further suggestions for value-creation were apparently rebuffed, leading the activist to exit sometime in the last quarter of 2013, Spectra’s stock has continued to rise, appreciating by almost 13% year-to-date on the back of higher profits.

Often, Sandell’s activist stances require management to be aligned with shareholders. “Managers often prefer to reinvest in the business, even if it is underperforming,” says Sandell. “We want them to have skin in the game. If they’re running the business well, their [stock] options will be valuable.”

The combination of opportunity-seeking arbitrage and an uncompromising approach to management has come to roost at the UK’s FirstGroup. The company said in December it had received a proposal from the activist, “namely a separation of the Group and asset disposals.” The following month Sandell released a lengthy white paper calling for the eventual sale of the US assets acquired by the company when it bought Laidlaw in 2008.

“FirstGroup has a very good collection of assets, but is underperforming,” says Sandell. Reaching for statistics from an as yet unpublished presentation, he points to peer group rivals Student Transport America and National Express, whose costs of capital he argues are lower by 54% and 15% respectively. Spin-offs would allow the company to pile its high debt load onto divisions with stronger assets, allowing it to pump more capital into UK bus and rail.

Put to him that launching a public campaign just as new management settled in was a way of guaranteeing a cold response, Sandell points out that accountability at the company has been poor. “The senior management has been in place since 2010, so management was responsible for the poor execution which led to the rights issue [that caused a significant shareholder rebellion last year]. Management frankly ignored us, leaving us no choice but to go public.”

Now, he argues the company should call time on its turnaround efforts in the US, with FirstStudent’s numbers still underwhelming, despite claims that the harsh North American winter is to blame. Management “aren’t qualified,” Sandell says. “They haven’t been able to shape up the margins.”

The next steps are unclear. The UK’s legal framework is very shareholder-friendly, Sandell says, pointing out that companies can be suspended from the London Stock Exchange for not abiding by the governance code, and that shareholders can form groups and requisition special meetings with just 5% ownership, in contrast to the US, where the few companies that allow requisitions usually require a majority to sign a consent solicitation.

But proxy contests are comparatively rare in the UK. So would Sandell go all out? “If I told you, we’d have to declare it to the whole stock market,” says Sandell. “We haven’t made a decision yet. There’s a long time before the annual meeting.”