HOME
Contact Us | About Us
You are here: Home » HF Managers » Recent Setback In High Yield Was Technically Driven

The U.S. high yield market’s decline in July was its first setback in nearly a year. Could this be a sign of continued weakness or merely a correction? We believe continued strong fundamentals could point to a short-term sell-off and a fairly rapid rebound. 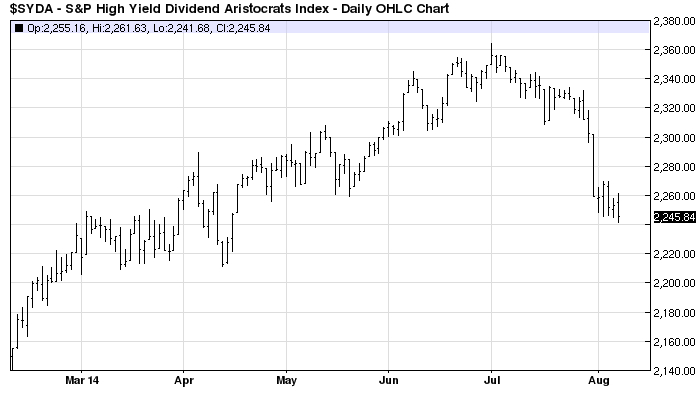 In our view, the recent weakness in the high yield market was largely driven by technical factors—not a reversal in underlying fundamentals. More specifically, geopolitical issues in Ukraine, Gaza and Portugal, coupled with the Argentinean bond default, negatively impacted investor sentiment. Adding fuel to the fire was robust second-quarter GDP growth that triggered expectations that the U.S. Federal Reserve would tighten monetary policy sooner than previously expected. Against this backdrop, we’ve seen high yield mutual fund/ETF outflows of approximately $5 billion over the last three weeks.

Without question, geopolitical worries could remain elevated. And the high yield market, like all asset classes, is susceptible to non-fundamentals driven volatility. What’s more, lower dealer inventories of high yield bonds have removed a buffer, which had historically dampened fund-driven movements in the market.

We believe, however, that the high yield market experienced nothing more than a short-term correction and some profit-taking—and we wouldn’t be surprised to see a fairly quick rebound. Why? Generally speaking, high yield performance is driven by defaults and economic growth. We’re hard pressed to see a scenario where defaults significantly increase over the next 18-24 months. The economy’s weather-induced weakness is already in the rearview mirror. Corporate balance sheets remain largely solid, with ample cash on the books. And given the large amount of refinancing activity, many companies have reduced their borrowing costs and extended maturities. All told, we expect defaults to remain well below their long-term 4% average for the next few years, anticipating a level of around 2%.

How quickly could high yield technicals improve? Last June, the Fed’s discussion of tapering resulted in $16 billion in outflows, only to be followed by more than $6 billion in inflows the very next month. Once the current geopolitical issues fade, we anticipate a similar improvement in technicals and a rebound for the overall high yield market.

disclaimer: This material is provided for informational purposes only and nothing herein constitutes investment, legal, accounting or tax advice, or a recommendation to buy, sell or hold a security. This material is not intended as a formal research report and should not be relied upon as a basis for making an investment decision.