HOME
Contact Us | About Us
You are here: Home » HF Managers » Managing the Downwave – Shrinking Assets at Brevan Howard

HFI has written about managers on the up and how they have managed to get there. This is part of the “how to” role of “Hedge Fund Insight”. There are many more struggling firms than successful hedge fund firms, and so an all-too-common management duty is to downsize the firm when the asset base shrinks.

This unpleasant task has to be done at big firms too – HFI’s article Has Brexit Prospect Already Spooked US Macro Managers In London? showed headcount-in-London declines at Fortress, Och-Ziff, Highbridge, Tudor and Blue Mountain Capital Partners. A big firm affected by declining assets is Brevan Howard, once Europe’s largest hedge fund group by AUM. The fall in assets under management at the firm was covered here recently (Brevan Howard – Graphic of the Day – AUM v Regulated Staff), but today we address the how of the headcount reduction. 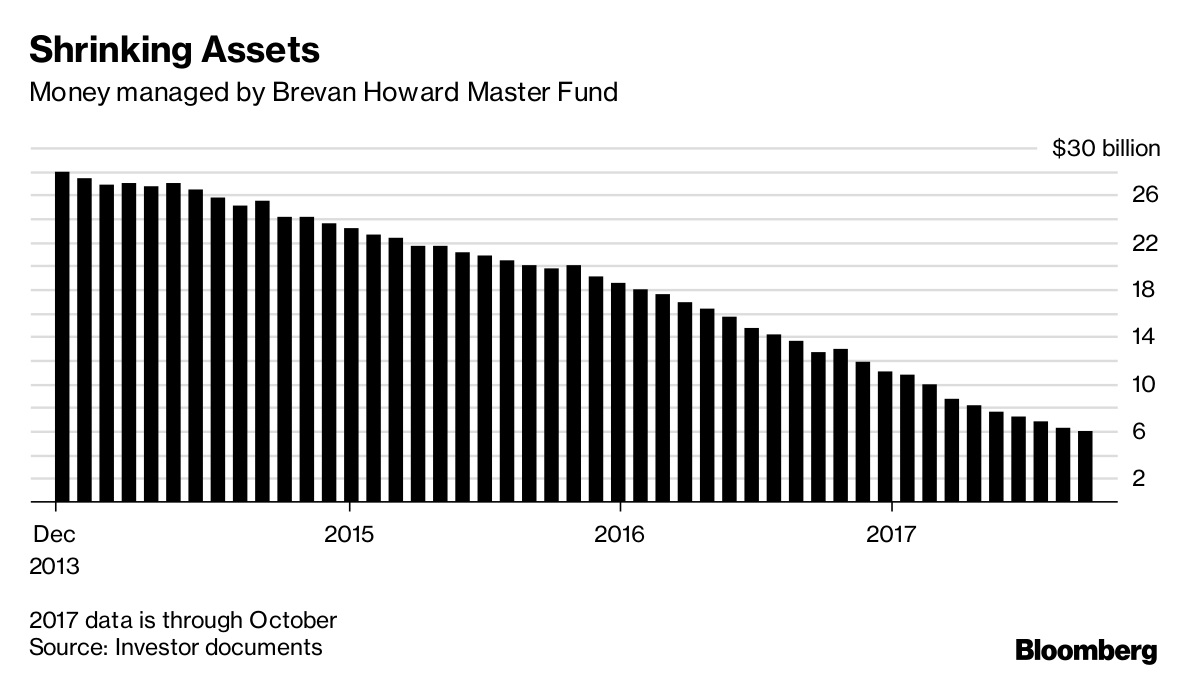 The Brevan Howard Master Fund assets fell by two-thirds over the 18 months to the end of 2017 to $5bn, and by three-quarters over 2016-17. That means that the management fees coming into the firm, which in most business models should cover the firm’s regular costs of business, were also down to a quarter of what they were at the end of 2015. 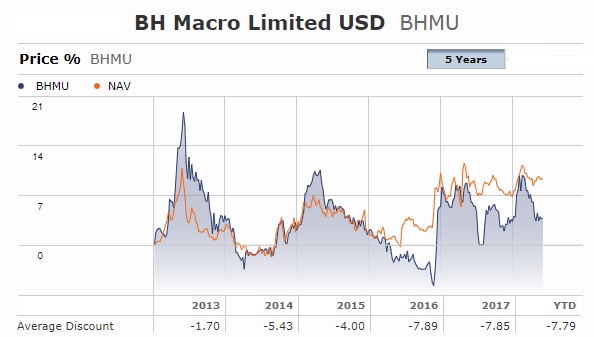 (BH Macro Limited is a quoted vehicle that only invests in the BH Master Fund, so the NAV change is a proxy of the performance of the hedge fund)

In most businesses, but particularly in finance, the largest cost is employment cost. The  occupancy costs of a business are not usually very flexible, and though capital spending can be taken down significantly it is typically only a fraction of the absolute cost of employing people in asset management. Logically the best way to match newly-lowered revenues to costs is to cut people, even if it is done with a lag and is emotionally difficult.

In finance generally the attrition rate is around 15%, i.e. each year there is a turnover of one-in-six of the staff anyway. HFI has in its’ database 63 staff from Brevan Howard excluding BH-DG Systematic Trading. Since the last revision of the database in July last year 18 of those 63 staff have left, roughly twice the typical rate of turnover for finance. They come from across the board in terms of function.

In downwaves the risk books are shrunk, and the number of risk-takers is reduced. Brevan Howard is quite concentrated in the number of key risk-takers anyway, so a tiny bit of diversification has been lost as traders and PMs have been let go. HFI’s analysis shows that 5 of the 18 in the HFI staff sample at Alan Howard’s firm that have left were traders or portfolio managers. In addition amongst the professional investment staff were various decision-support and research staff members let go, a further 5 people. These were three strategists (one specialised in FX) and two economists. So a total of 10 front office staff  were among the 18 who left BH in the last 10 months in our staff sample database. For comparison, there are 70 staff at Brevan Howard on the FCA register today, down from 74 in July last year. Client-facing, investment, responsible management and compliance staff have to be registered with the UK regulator. HFI estimates that our database contains the names of 40-50% of the total staff.

So the number of investment professionals who have left Brevan Howard in the last 10 months is proportionate to the non-investment staff who have left (10 to 8). The other leavers have come from compliance (1 in the sample), risk analysis (1), investor relations (3), the internal fund-of-funds (1), a senior executive who manages the business (1), and an HR director. Again there is logic in the choice of functions reduced by the management of the downwave. When investors redeem their capital there is no need to provide client hand-holding and information flows for them. Hence investor relations staff cuts should ultimately purely be a function of AUM falls. The other known departures are spread across the departments.

Parenthetically, redemptions at hedge funds are seasonal with the largest occurring at the calendar year end. With notice periods the hedge fund firms executives know what capital is coming and going with at least a month or three’s notice. In the case of Brevan Howard it is noteworthy that the number of Approved Persons (staff registered with the FCA) fell to a low of 67 in November 2017 and since January has picked up (Feb 68, Mar 69, and currently 70). Does that mean the attrition is over at Brevan Howard, or at least the executives there think so?

Gross Staff Turnover Is Not The Issue at Citadel