HOME
Contact Us | About Us
You are here: Home » Investors » Gross Staff Turnover Is Not The Issue at Citadel

Citadel LLC, the $11bn AUM Chicago-based hedge fund group, has produced some great returns for investors over the long term. In the last calendar year, the two main multi-strategy funds, Kensington Global Strategies and Wellington Fund, both racked up gains of more than 20%.

But Citadel has another reputation, aside from very good returns – it is not an easy place to work. A former employee has been quoted as saying, “Citadel can be a real sweatshop. You have to be incredibly energetic, willing to give your life up to work there.” He continued, “the money is good – it’s a hedge fund – but that doesn’t seem to do much for employee retention.” The local press has described Citadel as “Chicago’s revolving door.” 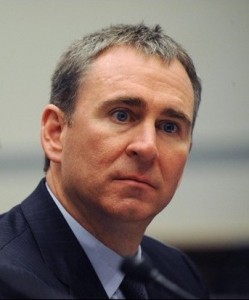 A search of the internet will give plenty of anecdotal evidence that Citadel’s owner, Ken Griffin, really does follow former General Electric CEO Jack Welch’s management dictums. Welch was known as “Neutron Jack” at one stage in his career for his willingness to buy/keep hard assets and let the soft assets walk out the door – and not come back. Griffin, like Jack Welch and some investment banks, is thought to use the tactic of firing the bottom 10 percent of the workforce each year.

Griffin also deliberately double teams in some activities and in some roles. This is part of succession planning, which is good practice for the medium to long term for a business, but can be very hard for those engaged day-to-day in an overstaffed area. Each review period must be experienced as an opportunity to assess with a binary outcome –  in or out.

This is a tough rep for Citadel to carry, and, being a private company, it does not have to discuss or explain its management policies.  Being a long established hedge fund group, it may not not even like explaining its investment returns to its investors, never mind how it handles its’ 1000-plus employees. However,  an opportunity came up to analyse the number of employees who have left Citadel in recent years.

The sample of Citadel employees dates from May 2009, and includes assistants, settlement staff, traders, software specialists, analysts and the senior executives who run the company.  The sample ran to 329 people who worked at Citadel in the months after the equity market low of 2009. That is, the data point is of the time when the usual annual cull would have already taken place, and the immediate management response to the Credit Crunch was in the payroll numbers. The sample size is roughly one third of the Citadel workforce, and is considered representative for top-down analysis.

Of the 329 Citadel workers in the sample, 195 are still actively involved with Citadel LLC. It follows that 134 of the staff of three years ago have left Citadel in the intervening period. This is 40.7% of the large sized sample, which can be taken as indicative for the firm as a whole.

Official employment data is based on monthly surveys, and so the data is cast in monthly form.  The 40.7% labour turnover at Citadel over a period of just over three years equates to a monthly labour turnover of 1.07%. Labour laws and conditions of employment vary from country to country, so a comparison will be made with U.S. aggregated data.

The latest BLS data release covers labour market conditions in May this year. Total separations across the whole of the US economy were at a rate of 3.3% per month in May 2012. This rate varies through time, but the latest  monthly data point is at exactly the same level as  the average total non-farm seasonally adjusted monthly labour turnover rate  for the period from December 2000 to November 2008 (3.3%). Separations cover voluntary job change, internal company moves, death and retirement, and redundancy, so this is a comprehensive measure. This means that comparison with the employment trends of Citadel LLC is broadly valid except for changing jobs within the firm, and that the Citadel percentage rate is based on two snapshots. Employees joining after May 2009 will not be in the Citadel results at all. That written, at the most aggregated level, Citadel’s employee turnover is roughly at a third of that generally seen in the U.S. economy.

The comparisons become more valid with further dis-aggregation  – the private sector labour turnover rate in the U.S. was at 3.6%,  and in Professional and Business Services (the sector which includes employment in private sector finance) the labour turnover rate was at 5.4% per month in May 2012. Looking only at activity in the business sector closest to Citadel’s sphere of activity the labour turnover at the Chicago firm (1.07% per month) is roughly at one-fifth of the rate more broadly seen in the Business Services sector on a quantitative basis.

Bridgewater Associates is not only the world’s largest hedge fund management company, with assets of $76.1bn at the end of 2011, but it has also made more money for its investors than any other hedge fund group in history.  It has been publicly observed that staff turnover at Bridgewater has reached 30% per annum in the recent past. But that has not hurt investment performance. The stability at the top of the firm has been much more important for Bridgewater’s returns, and the three co-CIOs, Ray Dalio, Bob Prince and Greg Jansen have remained in place. Staff turnover, such as it is at Bridgewater, is at the level of interns and recent graduates.  It is to be expected that Ivy League College graduates take a position at Bridgewater for the kudos, but many of them will have no intention of sticking around. Where the turnover occurs in the organisation can be the commercial concern, and at Bridgewater that is not a concern in the investment function.

So how does that apply to Citadel LLC? Analysis of staff data at Citadel has shown that staff turnover at the firm is not high for the business service sector, and is not high in comparison with the world’s most successful hedge fund group on a aggregate basis. So what is the management issue that keeps cropping up on the blogosphere, and in the published media? It is not an issue of the quantity of staff changes at Citadel: what is leaking out is an expression of the concern of investors in Citadel’s funds about the level within the firm that there is significant staff turnover. It is the quality of the people leaving that is at issue, and this raises questions about the culture of the firm and its medium term prospects.