HOME
Contact Us | About Us
You are here: Home » Investors » Event Driven in May

Event Driven managers had a negative month in May despite the high level of deal activity and the positive contribution from special situations trading. A number of the larger deal spreads either broke (Astra-Zeneca/Pfizer was not an official deal break, but it had the same effect) or widened. This was perhaps exacerbated somewhat by a flow of hot money into the space, since a number of deal spreads widened on the back of fairly insignificant developments. Some losses were crystallised (on deal breaks), but managers are confident that the wider discounts in the spreads will reverse. Many of the managers we value highly have been adding to positions on weakness.

The larger deal volume and increased complexity of deals should be a positive development for the strategy in the future. It is interesting to note that multi-strategy Event Driven managers are increasing the proportion of their risk allocated to pure merger arbitrage. A cynic might argue that the increase in capital allocated would erode the returns per dollar invested, but it is not a perfectly efficient process. While it is still early to say with conviction, FRM believes that the strategy should produce strong returns in the near future.

Flows into the Event Driven strategies on the Lyxor platform reflect high conviction on returns from the strategy on the part of investors. 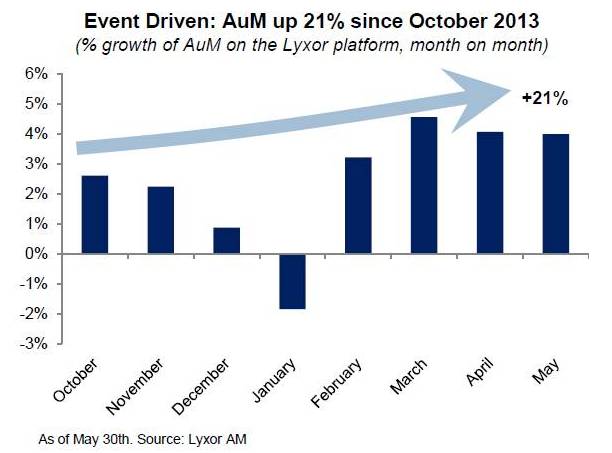 The pipe of corporate events, including mergers and acquisitions continued to increase with high volumes of transactions announced recently. Two deals of particular note are:

Activism In May In Numbers 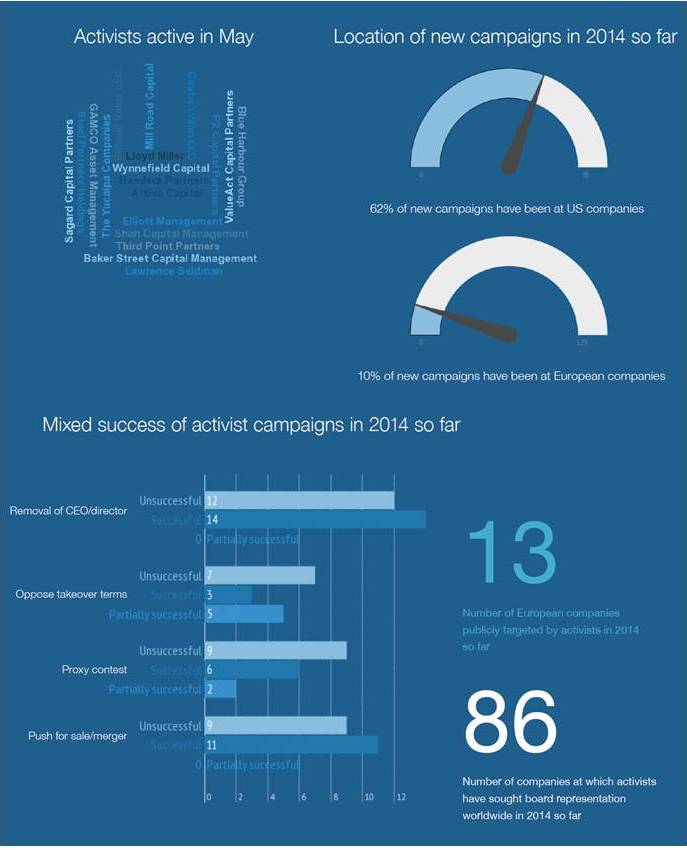