HOME
Contact Us | About Us
You are here: Home » Investors » European Hedge Fund Industry May Rouse

It has been noted by HFI* that the European hedge fund industry has lagged in recovery in comparison with that of the United States. The sluggardly activity is on both sides – European-based hedge funds have not raised much new capital at all post the Credit Crunch, and investors in Europe have not committed much new capital to hedge funds wherever the single manager hedge funds are located.

On the investor side, European-based investors contribute as little as 22% of global capital in hedge funds, according to Preqin. Going back five years European investors had contributed 32% of the hedge fund industry’s capital. 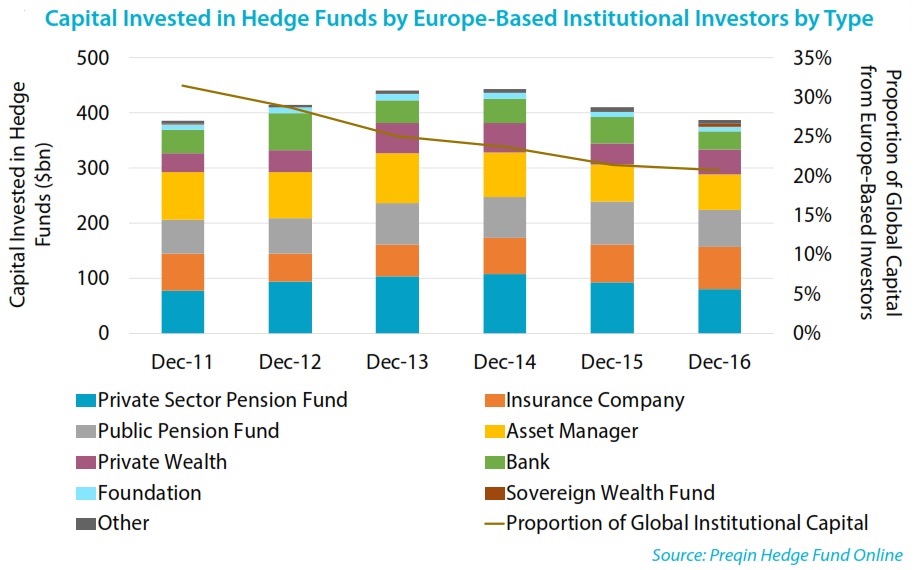 The Credit Suisse Mid-Year Hedge Fund Investor Sentiment Survey has just been released and has some responses the reflect on prospects for the European hedge fund industry. Firstly looking at Europeans as  potential investors in hedge funds. 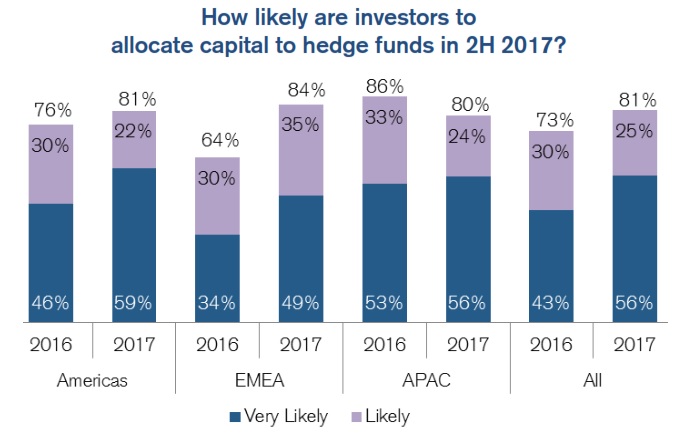 This graphic compares survey responses in mid-2016 with mid-2017. In terms of likelihood of investing fresh capital to hedge funds all the responses by region were better in 2017 than 2016. The responses of European-based investors were more lukewarm than investors elsewhere in the world.  Or, if you like, conviction of European investors in hedge funds is improving from a lower base. A natural corollary would be better prospects of European based hedge funds receiving capital flows (flows from North American institutional investors has been the basis of American managers growing assets).

The Credit Suisse Mid-Year Investor Sentiment Survey asked which region or countries would be of interest in terms of the investment focus of the hedge funds. As the graphic shows Developed Europe was well backed as an investment speciality of potential hedge fund managers. 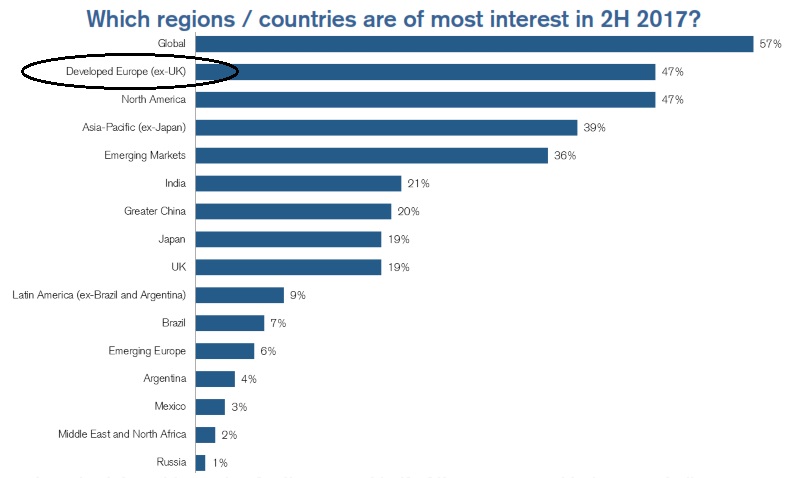 The theme of the change from the survey a year ago is more interest in investing in hedge funds that invest outside the United States. In the mid-2016 CS Survey 41%  of respondents expressed an interest in investing in Developed Europe hedge funds in the 2H of that year. There were significant net redemptions (about $12bn) from European hedge funds in the last six months of last year. So the forecasting record of this part of the Survey is not good. 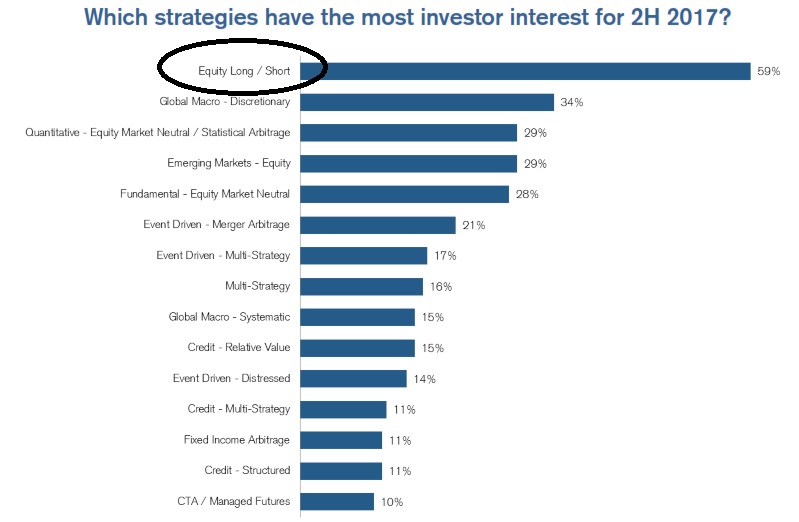 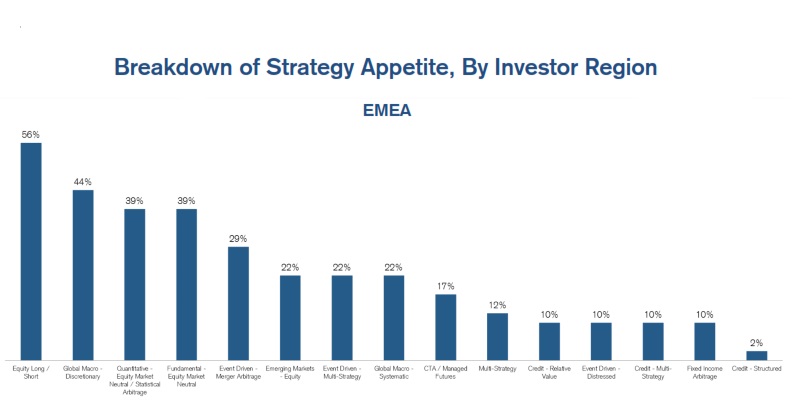 All investors and the subset of investors surveyed from Europe both expressed an appetite for Long/Short Equity Funds. Historically managers investing in European equity markets in the Long/Short format have taken share when risk appetite for equity hedge has increased.

Not that investors based in Europe are looking to wholeheartedly embrace directional equity risk: European investors expressed much more interest for the 2H of 2017 in market-neutral equity investment strategies than hedge fund investors in America or Asia/Pacific.

There is a difference between expressed intentions in response to a survey question and actual activity. That written, there is new survey evidence that European-based investors in hedge funds have more appetite for fresh allocations than seen in the previous two years, and that it is plausible that a more than proportionate allocation of new capital may make its way to funds managed within Europe. The potential for the European hedge fund industry to grow is the best for a while.

Fact Of The Day on European Hedge Fund Assets

Mixed Messages on Health of Hedge Fund Business in Europe